I am a freelance journalist living in London. Between 2015 and 2018 I worked as a correspondent for The Economist in Latin America, based in Buenos Aires and São Paulo. I am an experienced print journalist, television producer and cameraman and my work has appeared in The Economist, Quartz, Al Jazeera English, The Financial Times, Americas Quarterly, The Guardian and the BBC. I speak Spanish and Portuguese. 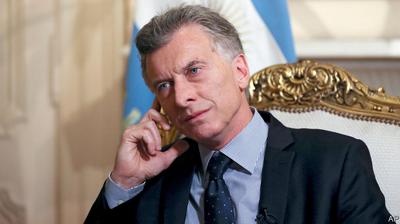 A as much for its financial crashes as for its juicy steaks and nifty footballers. But even compared with its usual performance, 2018 was a particularly miserable year for the economy. The worst drought in 50 years wrecked the corn and soyabean harvests, knocking 2% off . The peso lost half its value against the dollar, pushing inflation to 46%. That tipped the country into its second recession in three years and led to a crisis that forced it to seek one of the largest credit lines in the ’s hi 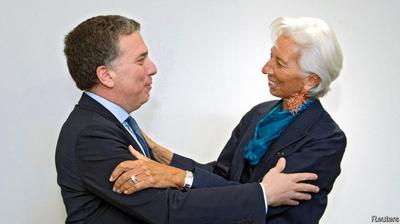 The IMF agrees to beef up Argentina’s bail-out

THE three-year, $50bn credit line agreed on with the IMF on June 7th was intended to halt Argentina’s currency crisis. The peso had lost a quarter of its value against the dollar since the start of the year as investors fled to safe havens. It kept sliding. On August 29th Mauricio Macri, Argentina’s president, asked the IMF to bulk up the package. On September 26th, after three weeks of negotiations, the fund’s managing director, Christine Lagarde, agreed to increase Argentina’s credit line from 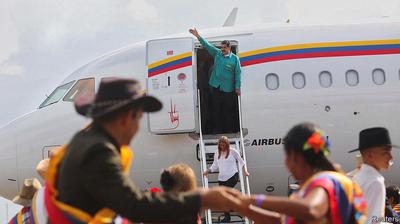 Latin American leaders are embarrassed by their aeroplanes

FOR a traveller whose flight had been delayed by five hours, Andrés Manuel López Obrador looked surprisingly cheerful. A video published on social media on September 19th shows Mexico’s president-elect preparing to disembark a budget flight from Huatulco to Mexico City. A reporter asked whether the hold-up, caused by rain, had prompted him to reconsider his campaign promise to sell the presidential plane, a Boeing Dreamliner, which cost $219m and was delivered in 2014. Not at all, replied Mr Lóp 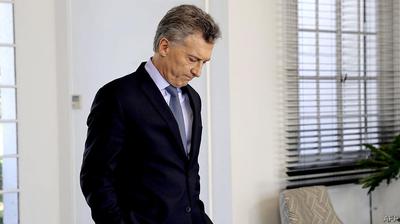 IN 1991 Mauricio Macri, son of a wealthy industrialist, was kidnapped. His captors bundled him into a coffin, drove to a hideout and held him for two weeks before his family paid a $6m ransom. Mr Macri, Argentina’s president since 2015, says the ordeal persuaded him to abandon business and contribute to society by taking up politics. His second career has proved hardly less traumatic. Argentina’s plunging currency led Mr Macri to confess on September 3rd that “these were the worst five months of 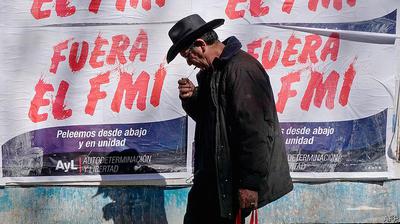 Why Argentine orthodoxy has worked no better than Turkish iconoclasm

WHEN an emerging market loses favour with its creditors, how should its government respond? The policy prescriptions do not typically include intimidating the central bank, railing against the “interest-rate lobby”, falling out with allies, eschewing the IMF’s help, pouring scorn on the dollar or appointing the president’s son-in-law as finance minister. Turkey has done all of these things, and its currency has duly lost 40% of its value this year. Argentina, by contrast, has stuck much closer 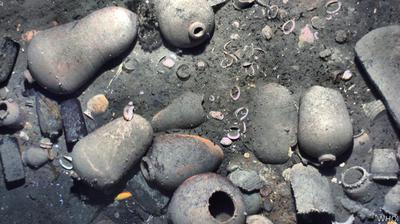 The battle for Colombia’s sunken treasure

IN MAY 1708 the San José, a 62-gun Spanish galleon, set sail from Portobelo, in what is now Panama, bound for Cartagena in Colombia. The ship carried 600 crew and a large fortune—200 tonnes of gold, silver and emeralds belonging to the viceroy of Peru. She never reached her destination: in June that year she was sunk by a squadron of British ships. For more than three centuries her final resting place remained a mystery. But on December 4th 2015 Juan Manuel Santos, Colombia’s president, announce 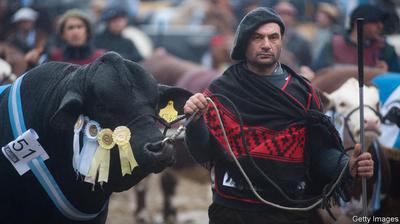 After a populist goring, Argentina’s beef ranchers are recovering

COWS, sheep, pigs and llamas are the stars of ExpoRural, Argentina’s biggest agricultural show, which took place on July 18th-29th. They made a racket in their stalls at a Buenos Aires showground as their owners brushed and vacuumed them to prepare for a barnyard-themed beauty contest. Outside, spectators filled a grandstand to watch Hereford bulls parade before a judge, the beasts’ hooves sinking into the mud. Nearby, Toyota, Ford and other manufacturers showed off new 4x4 pickup trucks. House- 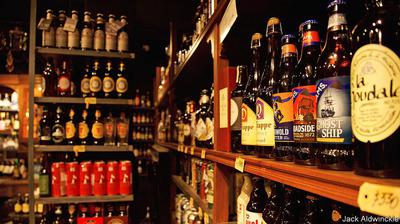 Argentina’s currency crisis is far from over

ON A residential street corner in Buenos Aires, Van Koning Market sells imported beers to the city’s well-heeled. Since it opened in June last year costs have soared. The peso has plummeted, meaning wholesale prices have shot up. Inflation is running at 26%; the reduction of government subsidies means the monthly electricity bill has risen from 700 pesos to 4,000 pesos ($142). Already losing customers, Sergio Discenza, the manager, is reluctant to raise prices much. “In a normal country this wou 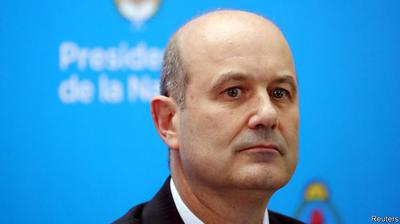 ON JUNE 14th, a day on which the peso fell by 6.1% against the dollar, Federico Sturzenegger tendered his resignation. The president of Argentina’s central bank had little choice. He was the victim of a sustained run on the currency, which has lost more than a quarter of its value against the dollar since the end of April. Its slide had forced the central bank to raise interest rates sharply in April and May, from 27.25% to 40%, and prompted the government to seek assistance from the IMF. A $50b 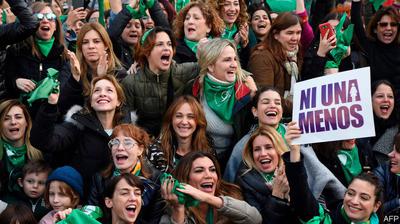 WHEN María Florencia Alcaraz discovered that she was pregnant in 2015 she was unprepared for motherhood. The contraceptives she was taking hadn’t worked. Aged 30, she was employed as a journalist in the justice ministry. With a general election in the offing she worried that she would lose her job under a new government. Unable to end the pregnancy legally in Argentina, she turned to friends for advice. One gave her misoprostol, a stomach-ulcer drug often used to induce abortions. At 13 weeks in 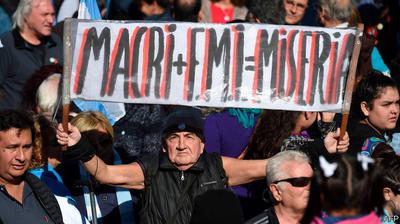 The IMF hands Mauricio Macri a vote of confidence

THE timing took many by surprise. On June 7th, just four weeks after negotiations began, Argentina’s government declared that it had secured a three-year credit line with the IMF worth $50bn. The deal’s size is likely to reassure investors of Argentina’s solvency. Its speed is a sign of the fund’s confidence in Mauricio Macri, Argentina’s business-friendly president. But for ordinary Argentines, many of whom blame the IMF for the country’s disastrous $82bn default in 2001, the announcement carri 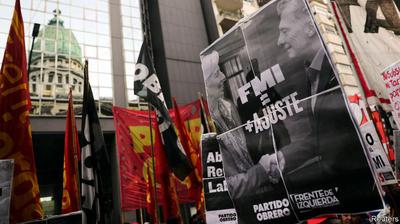 Why has Argentina called in the IMF?

IT WAS an announcement Mauricio Macri hoped never to have to make. On May 8th Argentina’s exhausted-looking president declared that Argentina was seeking a credit line from the IMF. He had little alternative. Efforts to prop up the peso, which has lost a fifth of its value against the dollar since the start of the year, had failed. Between April 23rd and May 4th the central bank hiked interest rates by 12.75 percentage points to 40% and sold $5bn of its currency reserves. The finance ministry an 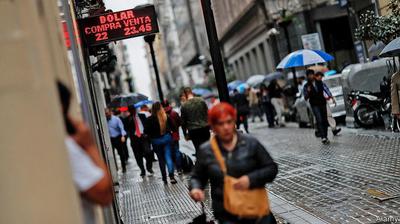 ON MAY 8th, as the peso continued to tumble, Mauricio Macri, Argentina’s president, addressed his nation on television. His government had opened negotiations with the IMF for a credit line in order to “avoid a crisis like those we have faced before in our history”. That steadied the peso. But it also brought back painful memories for Argentines, highlighted doubts about Mr Macri’s approach to mending Argentina’s economy and cast a shadow over the reformist president’s future. Argentines have b 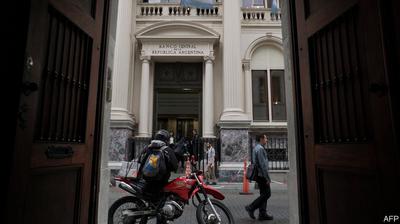 THE message to markets could not have been clearer. On the morning of May 4th, following a run on the peso, Argentina’s central bank raised interest rates by 6.75 percentage points, its third hike in a week. The interest rate now stands at 40%, up from 27.25% on April 27th. Across town Nicolás Dujovne, the treasury minister, told reporters that Argentina’s budget deficit, which was 3.9% in 2017, would be brought down to 2.7% this year, rather than the previously stated target of 3.2%. After the 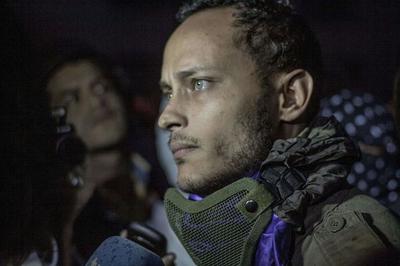 Capturing Rebellion: How a Photographer Became Part of a Plan to Topple Maduro

When Harold Castro received a call from his friend, Óscar Pérez, to say he was coming over, he grabbed his camera and climbed to the roof of his apartment building. Castro's reaction was not unusual. Pérez, a helicopter pilot in Venezuela’s Forensic Police Unit (CICPC), would sometimes swoop low over his photographer friend’s apartment in Caracas before heading out on operations. But on that day – June 27, 2017 – Pérez’s mission was of an entirely different nature. As he scanned the horizon, l 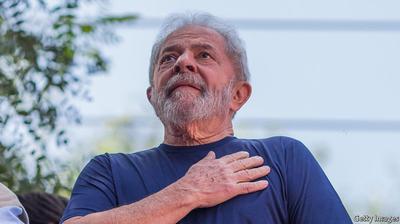 IT WAS a moment many Brazilians thought they would never see. On April 7th, after spending three days among his supporters in the headquarters of the metalworkers’ union in São Bernardo do Campo, a suburb of São Paulo, Luiz Inácio Lula da Silva, Brazil’s former president, handed himself over to the federal police. He will now begin a 12-year prison sentence for corruption and money laundering. His imprisonment almost certainly marks the end of his bid to return to the presidency in elections to 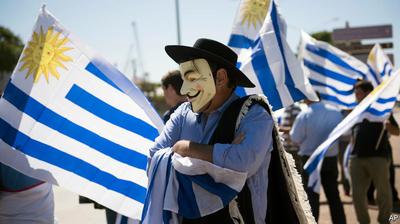 AFTER long recessions, Brazil and Argentina still cheer when good economic news comes out. In tiny Uruguay, sandwiched between them, it is old hat. On March 22nd the central bank reported that GDP grew by 2.7% in 2017, bringing the country’s growth streak to 15 years, the longest expansion in its history. Uruguay’s growth since 2011, when global prices of commodities started to fall, puts its neighbours to shame (see chart). Its success shows the value of openness, strong institutions and invest 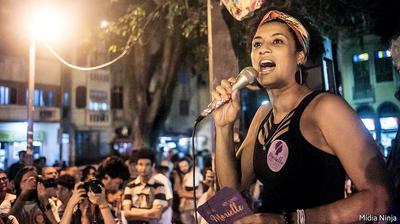 Lessons from a murder in Rio de Janeiro

ON THE sweltering afternoon of March 18th some 2,000 people crammed the narrow streets of Maré, a favela in the north of Rio de Janeiro, to protest against the murder of a friend. Marielle Franco, a city councillor who grew up in Maré, was shot dead four days earlier in the city’s centre (along with her driver) after a meeting she had organised for young black women. “She was killed for trying to make things better,” said Diony, a supermarket employee watching the protesters parade slowly throug 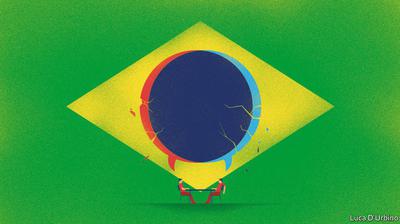 The fight to save European dialects in Brazil

THE two dozen old men playing cards in the parish hall in Serafina Corrêa, a small town in the southern Brazilian state of Rio Grande do Sul, seem unremarkable until you eavesdrop. They banter not in Portuguese but in Talian, a dialect that mixes words from Venetian and other Italian dialects as well as Portuguese. It is spoken by perhaps 2m descendants of immigrants who came to Brazil 150 years ago. A sign at a zebra crossing in the town asks, “Parché Corer Cossi? Va Pianpian” (“Why are you rac 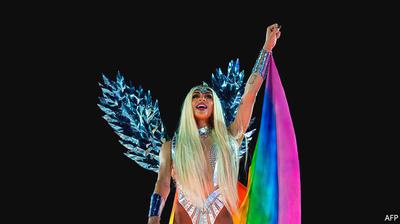 POLITICS is no novelty at Brazil’s carnival celebrations, but some themes are more danceable than others. Beija-Flor, one of Rio de Janeiro’s most famous samba schools, won this year’s carnival competition with a lament about corruption and crime and a celebration of tolerance. Pension reform seems less carnivalesque. That did not discourage some blocos, or street parades, from taking up the cause at this month’s festivities. One, in Brasília, the capital, marched to the up-tempo “Don’t go touch
Load More Articles
Close ✕